Oceanside Traffic Improvements at No Cost to Taxpayers

Vote Yes on L for a farm the size of 67 football fields, fresh local produce, a children's agricultural learning center, AND a new fire station. 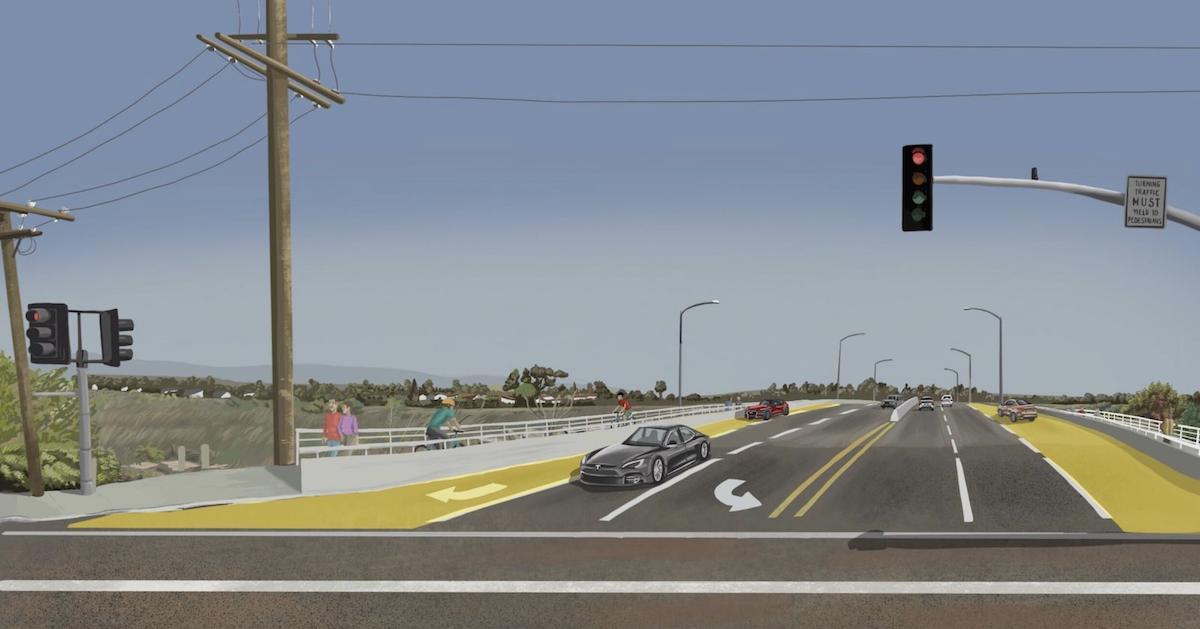 How Measure L Reduces Traffic Congestion at No Cost to Taxpayers

It’s no secret that many roads in the City of Oceanside are due for upgrades. The City has created a Master Transportation Roadway Plan that lists the failing roadways and intersections – but that plan actually says there is “no funding mechanism” to fix many of them.

As our City faces budget shortfalls and the economic fallout from COVID-19, a measure on the November 3 ballot offers a funding mechanism for roadway improvements on the City’s east side, home to thousands of working families. Measure L provides $7.5 million for comprehensive upgrades to 10 Oceanside roads and intersections including College Bridge – without costing taxpayers a dime.

A YES vote for Measure L is a vote for North River Farms, San Diego County’s first farming community. Designed by locals, for locals, more than half of the 268-acre site is farmland and open space. As part of a lengthy public benefits package, the home builder is funding specific traffic improvements at no cost to taxpayers.

Measure L addresses badly-needed road and traffic upgrades on the east side of Oceanside in the South Morro Hills neighborhood. South Morro Hills residents have struggled for years with narrow and undersized roads, many of which lack traffic signals and turn lanes. Sadly, this has led to traffic backups and deadly car accidents. Without public funding to fix these roads, there is no plan to improve them.

The solution is Yes on L - North River Farms, a new community that will pay for $80 million in new infrastructure and improvements for Oceanside at no cost to taxpayers. These improvements will benefit everyone in Oceanside and improve roadways used by the region’s public bus system – including improved traffic signal timing for every intersection along SR-76.

“As a neighbor of North River Farms, I know firsthand how dangerous the roads are in South Morro Hills – and I have been a victim of reckless driving here. I support Measure L because not only is North River Farms preserving farmland and our community’s unique flavor, it provides badly needed widening and other traffic improvements at no cost to taxpayers. None of us want to see any more fatal accidents on North River Road. Vote YES on Measure L to reduce traffic congestion and make our roads wider and safer.”  - Oceanside resident Chris Libs, an agricultural land owner and resident of South Morro Hills for 17 years

The College Bridge is one of Oceanside’s major access roadways, not only for residential and agricultural communities but also for Camp Pendleton military personnel. Unfortunately, this intersection is dangerous. Not only is it undersized, but it lacks separated bike/pedestrian lanes. Pedestrians and cyclists – including the children who walk to Del Rio Elementary – have no separation from traffic, placing them at increased risk.

A YES vote for Measure L is a vote for road and bridge safety. At no cost to taxpayers, North River Farms will widen College Bridge from four to six lanes, improving traffic flow, increasing fire evacuation routes, and re-routing the currently dangerous bike/pedestrian lanes off the bridge to their own dedicated paths.

Measure L ensures that all roads connecting to North River Farms will be improved, including:

Vote Yes on L to improve road, bridge, bike and pedestrian safety, at no cost to taxpayers.

Please use the following form to contact us with any questions!

Thank you! Your submission has been received!
Oops! Something went wrong while submitting the form.